Men in Asia has always been the main support system in a family. In recent years, there were an increasing cases where families crumble when the man of the family has health problems or dies. These scenarios were a common in any Asian society.

Hence it is important to take care the health men in our family. Understanding the pressing needs of these, VARF Healthcare Sdn Bhd engineers the products using naturally-derived ingredients and non-toxic-to-health alternatives. We sought out the most powerful natural ingredients, we combine them with advanced technologies, numerous research and develop into products that cater both men and women needs. Through its scientifically proven nutrition and beauty products to help people to live younger, healthier and fulfilled lives.

With the vision to handle seriously on individuals needs in today’s global health landscape and these singular voices inspired us to leverage our resources with natural ingredients through scientifically formulated to achieve optimum reliability and effectiveness of our products and a Mission of providing only natural origin and healthy health care and skin care products making everyone to stay well in body, mind and spirit affordably VARF Healthcare Sdn Bhd has recently launched its new ADAM Series Axtension to improve men’s health.

ADAM Series Axtension is scientifically formulated with the main ingredient of Grape Extract, as well as using other active ingredients derived mainly from traditional herbs, such as Grape Juice Powder, Apple Extract, Saffron Powder, Maca Extract and Guarana Extract, which have been proven to be effective and suitable for consumption by most men. Based on scientific studies, this product is manufactured by using the latest technology in order to achieve optimum reliability, effectiveness and formulated in France.

ADAM Series Axtension is targeted to improve men’s health, especially sexual health. It is important for men to lead a healthy sexual lifestyle, but this is often restrained due to the low desire, especially when it comes to performance and ability to satisfy their partners. Regular consumption of ADAM Series Axtension would help in protecting men’s prostate health, such as prevent erectile dysfunction, premature ejaculation and prostate cancer. The premium and high quality ingredients are used in manufacturing this product which ensures effectiveness. Significant results can be seen within 30 days of consumption.

A peculiar plant grows in the Andes of South America, Maca. Maca is a cruciferous plateau plant, native to the plateau plant of the Peruvian Andes of South America, 4000 meters above. Containing unique macaamide and macaene, it has a significant effect on body balance. As the fruit is rich in nutrients, it is then be known as Peruvian ginseng or Peruvian Viagra. The ancestors of the ancient Incas discovered maca when they were thirsty and unbearable. They filled and quenched their thirst with it. Unexpectedly, they would not only be physically strong after eating, the abilities have been greatly improved, and the world-famous ancient Inca empire has then been established.

Saffron was a precious Chinese medicine in ancient times, which has the functions of removing blood stasis, promoting blood circulation, and clearing menstruation. Modern studies have shown that saffron has the effect of lowering blood lipids and serum cholesterol, thus it can be used to prevent atherosclerosis, and can also be used as an antioxidant and Vitamin A and D stabilizer.

Guarana fruit is native to the tropical rain forests of the Amazon Basin in Brazil. It is one of Brazil’s most well-known medicinal plants in the rain forest and has been recorded in history. The indigenous people call it the “mysterious eye”. Its nutritional value is very high, rich in amino acids, alkaloids, multiple minerals, tannins, multiple vitamins and carbohydrates, etc. It is known as Brazil’s “national drink”. “GUARANA” drink was being set as the designated drink for the Brazilian football team in the 2006 World Cup in Germany. Long-term consumption can refresh the brain, balance yin and yang, control appetite, relieve abdominal pain, restore physical strength, replenish energy, and strengthen the body.

What’s the Result that You will Get?

ADAM Series Axtension also helps to reduce the size of enlarged prostate. It is also able to relieve urinary problems by the reduction of obstruction in the urinary flow. Besides that, this product contains antioxidant which helps to battle cancerous growth as well as being a natural prostate enhanced food. The presence of Vitamin C in this ADAM Series Axtension is one of the best food for the purpose of prostate health, especially in easing urination and swelling prevention. The ingredients contained in this product acts as a natural inhibitor of an enlarged prostate.

eRayn3 user has tested the product out for 2 weeks and found there were improvements our users skins and it seems to have reduced out users blood pressure too. The user feels its body were lighter and he was able to move around more easily compare to before.

This product is a form of food powder, with no immediate side effects. However, this product is not recommended for patients with heart disease(s) symptoms such as irregular heartbeat, or for any person with a medical history of heart attack, stroke and/or any related diseases.

ADAM Series Axtension is a KKM (Kementerian Kesihatan Malaysia) Approved product and it comes with 3 packaging;

P/s: ADAM Series Axtension is recommended to be consumed once (1 sachet) every 2 days before bedtime.

Mid-Autumn Makan at Home with Aloft 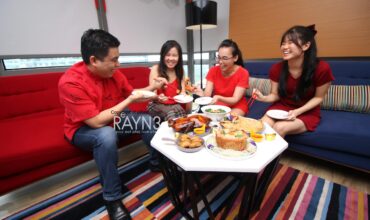 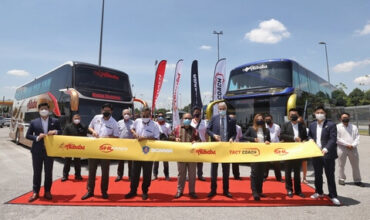