The Samsung Galaxy Watch 4 is a slimline smartwatch with a design that sits comfortably on your wrist. It features a redesigned frame that allows for gapless transition from the smartwatch chassis to the straps. The uniform set of crown buttons also sport an oblong shape, rather than one protruding round crown accompanied by a flush side button.

Galaxy Watch4 44mm body is 44.4 x 43.3 x 9.8mm and weighs 30.3g. It features a simple design with a streamlined Armor Aluminum metal frame and AMOLED screen an which is excellent: bright, pin-sharp, and on all the time if you want it to be. It offers high-end looks and functionality for your workouts and day-to-day tasks.

The display is also covered in scratch-resistant Gorilla Glass DX+ and the watch is IP68 water- and dust-resistant which means you can take them into the water up to five meters deep.

The Galaxy Watch 4 and Watch 4 Classic are the first devices running the new “Wear OS powered by Samsung.” During the testing, the Galaxy Watch 4’s software had provided us the best experience we’ve ever had using Wear OS, period. We will say the software still feels very Tizen-esque, but it’s a good thing. Finding our rhythm took no time, letting us switch between apps and menus and setting pages seamlessly.

The Galaxy Watch 4 features Samsung’s own Exynos W920 chipset and 1.5GB of RAM with is is 20% faster with 10% improved graphics performance than their predecessors. Throughout our testing time, we’ve found this to be enough power to run a variety of apps smoothly without any slowdown. This is one of the fastest smartwatches we’ve ever used.

This speed isn’t as noticeable as it might be on a smartphone or a laptop, but it is noticeable when compared to other smartwatches, and it allows you to use a variety of apps while the GPS features are running, for example.

There’s 16GB of storage on both models of the Galaxy Watch 4. We found that about 8GB of this was taken up with the OS and preloaded apps, which leaves you with the same again for your own apps and music.

Embedded with the One UI Watch 3, it includes a variety of Samsung apps that you’ll be used to if you’ve had a Galaxy Watch before, but this is primarily Wear OS. This means users will now be able to use Google’s redesigned smartwatch apps and services directly like Maps, Play Store, etc. along with other Samsung and third-party apps as well.

The Samsung Galaxy Watch 4 is feature-packed this time around which clearly shows Samsung is aiming to make the best smartwatch for Android to compete against the mighty Apple Watch.

One unique feature of the Galaxy Watch 4 compared to other smartwatches is its ‘virtual’ rotating bezel feature. There’s no physical rotating bezel here but you can run your finger around the black bezel of the screen to rotate through menus and access different features.

In addition to brand new (yet familiar) software, the Watch 4 line also got a serious hardware upgrade. Samsung used a new 3-in-1 biometric sensor that not only should allow for faster and more consistent readings, it also enables bioelectrical impedance analysis (BIA) to offer body mass scans.

Similar to what you’ll find on the best smart scales, BIA sends a weak electric current through your body to analyze body fat percentage, body mass index (BMI), muscle mass, bone mass, body water percentage, and more. Taking a BIA reading is quick, but you’ll need to hold your fingers against the crown buttons for about 15 seconds without those fingers resting on the skin next to your smartwatch.

Something else that we do really need during this pandemic is continuous blood oxygen detection. This will allows us to keep track of our SPO2 level continuously and detect any irregularities in our blood oxygen. That’s also one of the new sleep-tracking features the upgraded sensors enable, and that data feeds into Samsung’s Sleep Score algorithm, which considers other things like duration and restfulness. In older Galaxy Watches, you can get your blood oxygen saturation (SpO2) readings at will, but the Watch 4 is able to do a constant measurement overnight too.

Another new thing the Watch 4 can detect this year is snoring. If you want to enable snore detection, you’ll not only have to wear the watch to bed, but also place your phone “on a stable surface near your head” within two feet of your person, and have the bottom of the phone pointing at you. You can choose to have snoring detection on always or only for one night, and you can also opt to record audio to hear your sleep noises the next day. Samsung also gives you the option to delete the recordings after a day, 31 days, or 100 days. This feature might be a potential medical benefit here could be useful for those who do snores.

The rest of the updates that the new sensor brings about are less noticeable, like faster heart rate monitoring and updated calorie count algorithms that take into account continuous and discrete pulse readings. These are mostly under the hood, which makes knowing whether there’s a meaningful difference hard to tell until we’ve spent a lot more time with the devices.

The Galaxy Watch 4 has a 361mAh battery on the 44mm variant. Even with such a small battery capacity, the Galaxy Watch 4 can last us about 40 hours on a single charge which we feel was great taking into account that it tracks our heart rates 24/7, continuous snore tracking, and SPO2 tracking during our sleep. We have also tested its charging rate and we found that it takes about 2 hours to charge the Galaxy Watch 4 from 0% – 100%. The best part is; it could also be charged wireless with any wireless charger. If you have forgotten to bring together its charger, you could even use your Samsung Smartphone’s Reverse Wireless Charging to charge it too!

The Galaxy Watch 4 brings about quite a few improvements when you compare it with last year’s Galaxy Watch 3. The design has been updated to look more modern which definitely suits our Editor’s style. Whether you are normal smartwatch users who are leveraging its health features, a fitness enthusiast which would like to track your fitness progress, or even a business person who would like to be in style with a fashionable smartwatch, the Galaxy Watch 4 is definitely a watch that would suit your need. You may swap between a professional look face watch design into a more casual hangout with friends’ face watch design in just a few seconds.

The Galaxy Watch 4 is known for its sharp design, smart software, and standout health sensor which had also made for a promising upgrade that also somehow costs less than last year’s version too! The 44mm model comes in black, green, and silver with the price of RM 999 which we believe that you will get even more value than what you had paid for. Our editor is loving it and has decided to change its smartwatch from iWatch to the new favorite Galaxy Watch 4. Good Job Samsung! You gradually converting us to your Samsung’s ecosystems. 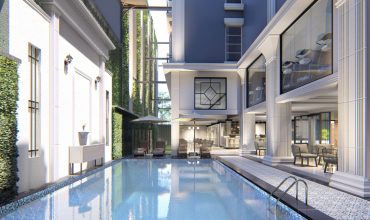 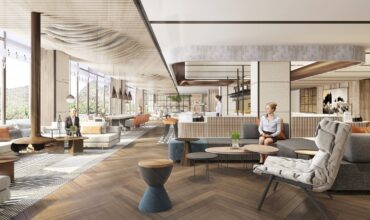