Samsung had launched its flagship S smartphone series yearly without fail. This time they did a major upgrade on its Ultra for its S22 series which might be the beginning of new smartphone trends.

The Galaxy S22 Ultra is the device that any Galaxy Note fan has been waiting for as it combines the very best of Samsung’s traditional smartphone lineup into a device that has it all. And as Samsung has confirmed, moving forward, the Note line will be represented by the S Ultra line, and that makes a lot of sense.

We’ve been able to spend a couple of weeks with the Galaxy S22 Ultra at this point, and now it’s time for our review on this flagship phone. So, let’s get started!

It’s a relatively small device, both compared to its siblings and to the Android phone market as a whole, making it a good choice for people who like to use their phone one-handed. We found it a comfortable alternative to the super-size smartphones that fill store shelves these days.

The Galaxy S22 has a 6.1-inch display – that’s 0.1 inches smaller than its predecessor, a difference so minor you wouldn’t know it without comparing the devices side-by-side. The panel has an FHD+ resolution, 120Hz refresh rate, and 240Hz touch input rate, and uses AMOLED technology. But the real improvement comes in brightness levels – this display can hit a peak brightness of 1750 nits, a 400 nits increase over the screen on the Galaxy S21 Ultra! Thanks to its VisionBooster technology that enables the screen to boost colors and contrast in extreme lighting.

As for the ultrasonic fingerprint sensor built into the display, it’s super quick and super accurate, with virtually no delay between you pressing the sensor and the device responding to your input. Haptic feedback seems to have been refined as well, which made typing on the Galaxy S22 Ultra a nicer experience compared to any of Samsung’s earlier flagships.

Samsung also has used Corning Gorilla Glass Victus+ at the front and the back of this phone for scratch protection and both the Galaxy S22 Ultra and the S Pen are IP68 rated for dust and water resistance too.

If you know Samsung phones, you’ll know they have good-looking displays, and the screen on the S22 is no exception, with colors that look bright and bold, dark blacks, and high max brightness. Moreover, the display is tuned for a better experience with SPen. The further improvement in the latency speed of the S-Pen to 2.8 milliseconds from nine milliseconds in the S21 Ultra makes scribbling or writing on the S22 Ultra’s screen even more fluid, the SPen feels smooth and natural to use for drawing, writing, scribbling, and everything else possible with it.

Using the S Pen can be as simple as putting the digital pen to screen, scribbling yourself a note, and calling it a day. Or, you can go really deep with the stylus features, which I suspect a lot of Note power users do. We also found at least three different ways to convert handwriting to text in the app, not counting the option to use the keyboard in handwriting mode and go about it that way. It’s a little overwhelming.

There are other ways to use the S Pen throughout the system aside from scribbling notes and watching them magically become human-readable text. It’s very handy for photo editing or grabbing a screenshot and circling important information. The ever-growing Microsoft and Samsung collaboration also leads to new features such as being able to write a note and save it directly to an outlook email or office document, which emulates the experience of scribbling on a piece of paper or letter you’ve received. The Quick Note app also gets new functions as you can now use the S Pen to copy info from a website, message, or gallery directly into a pop-up note, which is then saved in the Quick Note app.

Samsung hasn’t fiddled much with the camera setup on the Galaxy S22 Ultra compared to its predecessor. However, it does claim to deliver improved low light performance, which is marketed as “Nightography”. The Galaxy S22 Ultra has a versatile quad-camera setup consisting of a 108-megapixel primary camera that saves nona-binned photos by default, resulting in 12-megapixel saved files. This phone also has a 12-megapixel ultra-wide-angle camera with a 120-degree field of view. The other two cameras have 10-megapixel sensors each, with 3X and 10X periscope-style optical zoom lenses. For selfies, the phone has a 40-megapixel front camera.

Since the hardware is mostly unchanged, what was true of last year’s model is still true this year: it’s a great camera system overall, with a couple of quirks. The 10x optical zoom continues to be really impressive. Portrait mode photos have been improved with better, more detailed depth mapping (and, importantly, official support for pet portraits). The phone is better able to identify small details on a subject like individual hairs and keep them sharp rather than blurring them into the background.

This change has resulted in some of the most impressive portrait mode photos I’ve seen from a smartphone yet. Portraits from the wide lens still aren’t totally convincing — even if the depth mapping is better, elements in the foreground are sharp where they shouldn’t be. But photos from the 3x zoom-in good lighting look excellent — pets and humans alike. It can still get tripped up on some details, but it gets a lot right, even wispy hair and glasses.

You can now use night mode and shoot a 108-megapixel, full-res image at the same time where previously you could do one or the other. This is only possible in very dark conditions, where a little moon icon will appear on-screen to enable night mode. Without night mode, a high-res image in these conditions looks quite bad, so the bar is sort of low to start with. You get a slightly better 108-megapixel image rather than a very noisy one. We will be doing a deeper review of its nightology feature in our upcoming article as well. So we will leave our discoveries on the nightology up to then.

Video capabilities are largely the same, too. There’s a new auto framing feature, which will track up to 10 people and adjust automatically as people move in and out of frame. There’s also an auto frame rate feature to adjust the frame rate on the fly to account for brighter or darker conditions. Video recording resolution still tops out at 8K/24p for the main camera and 4K/60p for the selfie cam.

Let’s quickly get audio quality out of the way first: When it comes to the stereo speakers, to my ears there does seem to be a slight improvement to overall clarity at all volume levels, with minimal to no noticeable distortion depending on the quality of the audio source.

One of the new features in OneUI 4.1 is Privacy Dashboard, which lets you see and control what information your apps are using. If you’re tired of every app on your phone siphoning your data, the Privacy Dashboard lets you see exactly which app is accessing which feature. We’re not particularly fussed about which app accesses what on our phone, but the information in Privacy Dashboard – which is displayed when you access the privacy section in settings – is quite interesting and we’ve already disabled location access for quite a few apps that we enabled by accident. In this way, Privacy Dashboard seems to deliver on its goal.

OneUI 4.1 also sees the launch of Samsung Digital Wallet, which now houses Samsung Pay as well as your vaccine info (not available in Malaysia).

It’s Samsung’s attempt to deliver a legitimate competitor to Apple Wallet, and in short order, it’s going to become the best challenger given that Samsung is likely the only Android manufacturer with enough scale to do so.

The Galaxy S22 series also sees Samsung and Google’s partnerships take another step forward with the launch of Google Duo Live Sharing. Designed to be a competitor to FaceTime and SharePlay, Google Duo Live Sharing lets you share content on your screen while on Google Duo calls. There are also additional enhancements such as audio and resolution and all of these are exclusive to the Galaxy S22 series at first, with a longer period of exclusivity for Samsung phones once they roll out wider. We know very few people who use Google Duo so we’ve yet to test these – and honestly probably won’t – but if you’re a big Google Duo user, this might provide you with some added benefits.

There are a ton of other One UI features that we could write another thousand words about, but we’ll summarize it by saying that Samsung’s interface is my favorite as it caters to my desire to have every possible feature available.

Real-world gaming performance was good and we could play Asphalt 9: Legends at the ‘High Quality preset and full-HD+ resolution without any issues.

Samsung has also a ‘Game booster’ feature that lets you block distractions while gaming which we love the most especially playing intense action games.

In the space of two weeks, the phone consistently achieved 6-8 hours of screen-on-time on a single charge, and always lasted more than 24 hours total before dipping below 5% charge We can safely say that most people will achieve at least 6 and a half hours of screen-on-time, with an average total battery life of 26 hours. Of course, your battery life will vary according to your usage, but this is the best battery life I’ve experienced on a flagship smartphone in several years.

The Galaxy S22 Ultra is undoubtedly one of the best phones that Samsung, or any other Android manufacturer, has ever made. It ticks all the boxes of features we truly want or need in a smartphone, and the various improvements that Samsung has made over the Galaxy S21 Ultra make it a very compelling device. This device isn’t for everyone, but it is for almost everyone.

If you are looking for an all-rounder phone with the best performance in any aspect, the Samsung Galaxy S22 Ultra would be the one for you for the year 2022. For more information on Samsung’s Galaxy S22 Ultra, check out the website at https://www.samsung.com/my/smartphones/galaxy-s22-ultra/

Pst: Since Samsung had highly promoted its Nightology feature in the Samsung Galaxy S22 Ultra, we will bring this feature to the test in our upcoming review. Do stay tune and talk to you guys again soon!

Samsung Galaxy Tab S7 FE : 3 Features That You Should Know 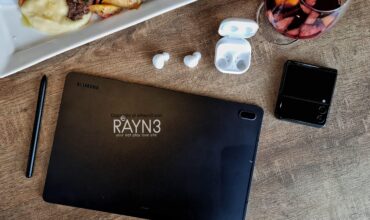 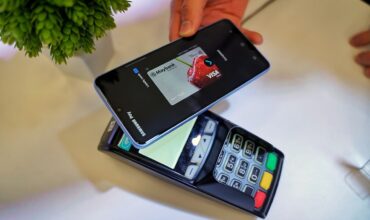