As many of us know that our country will be moving into 5G and our 3G network will be discontinued soon. Does this mean that 4G LTE’s phones would not be in phase-out too?

According to Digi.com, “The 4G LTE definitely will it be in the market for least a decade or more before 4G has been fully eclipsed by 5G, but 4G LTE is a more cost-effective choice – and offers plenty of bandwidth – for most IoT applications. 4G LTE, which stands for Long Term Evolution, has a long track ahead. Meanwhile, 5G is a revolutionary new technology and very exciting, but at this time, it is only advised for early adopters. As with all new technology, testing, and full rollout involve some bumps in the road and important incremental development.”

This also means 4G LTE is here to stay for at least another decade or two and there is still a market for 4G LTE phones in the market. Taking into this account, the 4G LTE smartphones will still be a good phone to get in the year 2021 and with a more affordable price too!

Previously we had to review Samsung’s entry-level’s smartphone the A22 5G phones and later on, we have found that they also offer cheaper A22 4G LTE phones too. In this article, we would like to share the specification of this A22 4G LTE and what’s the difference between Samsung’s A22 4G LTE and A22 5G.

The Samsung Galaxy A22 4G LTE’s case looks a little simpler than that of the Galaxy A22 5G, and the reflective back cover that is made from fairly ordinary plastic is available in white, black, and pale violet color. The case appears fairly robust and the material transitions are clean. The rounded corners help the Galaxy smartphone to feel good when holding it in the hand.

Both of the Galaxy A22 series offers a 3.5mm jack at the bottom and a Mono speaker and Type-C port and a reset button on the top. On the right resides the volume rocker along with a power button integrated fingerprint sensor which works very well and we are able to open the phone in just a second.

Both of the Galaxy A22 series also support nano-SIM and microSD Slot. Which could accommodate 2 nano-SIMs and a microSD which supports up to 1TB of storage.

The Galaxy A22 4G LTE has a 6.4-inch HD+ Super AMOLED Display, noticeably smaller (0.2 inches smaller than the A22 5G which is equipt with a TFT screen) and weighs at 186g, 17g lighter than its 5G version. The Galaxy A22 should benefit those with smaller hands like ladies’ hands.

It has 600 nits which enable it to shows some sharp and detailed colors with a good amount of brightness plus the 90Hz display panel, which could keep the view smooth, whether you’re gaming or scrolling.

It’s also equipped with an Octa-core MediaTek Dimensity 700 5G processor built on a seven-nanometer process CPU-wise it’s about on par with the snapdragon 732g; enables you to enjoy a fast connection even with heavy data usage and runs on One UI Core helps you focus on what matters to you. There won’t be any kind of problem while playing games, the chipset can handle almost every single which is available in Play Store.

One of the specifications that the Galaxy A22 4G LTE lack of is an FM Radio feature on it. But that actually doesn’t bother us too much as there were many Google Store radio apps that we could leverage on.

The hardware and software work together, with content and features at our fingertips, and it’s faster. We could seamlessly switch apps and get information for multiple apps at once too. The convenient UI design lets us multitask on a single screen and making your productivity even more efficient.

During the Samsung Galaxy A22 5G review, RAM management felt fine while most apps were kept in memory. App launching was smooth enough for all apps and we do not encounter any lags on it even when we are playing high precession games like Asphalt.

Both of this model has a 5000mAh capability battery can last as long as a day and a half with reasonable utilization (with 6.5 hours of screen-on-time on a median). For these spending virtually 2-3 hours on social media, gossiping with mates for an hour over a name, taking numerous photographs, and texting, it is a telephone that may final a whole day and depart some for the following.

Overall, the Galaxy A22 5G did maintain a premium for its Samsung experience and on the Galaxy A22 4G LTE, you will also get a lot of the features you find in more expensive Samsung phones. With an immersive visual experience that enriches streaming and gaming, and a versatile camera to capture your every day, the Samsung Galaxy A22 4G LTE is equally a powerful device in every way as an entry-level phone.

The Samsung Galaxy A22 4G LTE comes with a dash of awesome pastel colors capture attention and adds a flourish of beauty to your everyday style – Violet, Gray, and Mint. It is available at Recommended Retail Price of RM899. Get your hands on it while stocks last! 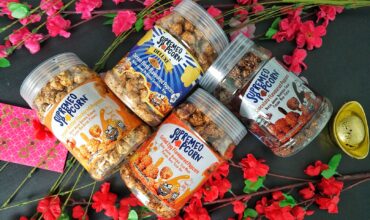 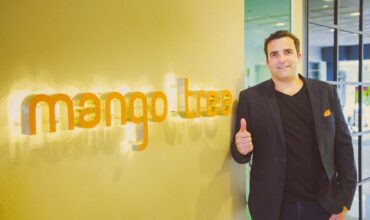