If you’re in the market for a foldable phone or you’re just curious to see what all the hype is about, our Samsung Galaxy Z Fold 3 vs Galaxy Z Flip 3 comparison is here to help. While both devices have foldable displays, these phones are quite different across the board in terms of price, screens size, cameras, specs, and more.

The Galaxy Z Fold 3 is a beast of a phone because it can double as a tablet, and its main display stretches a whopping 7.6 inches. Another plus: there’s a new under-display camera that disappears when not in use, so you don’t have to look at a punch hole, The exterior screen remains 6.2 inches, but the good news is that both panels now have 120Hz refresh rates.

Samsung upped the durability on both phones, thanks to a stronger Armor Aluminum casing, a display that’s up to 80% more durable, and IPX8 water resistance that should survive splashes and rain.

There are very big differences between the Galaxy Z Fold 3 and Z Flip 3 cameras. The Z Fold 3 features a triple rear camera setup that includes 12MP wide, ultra-wide, and telephoto lenses. Optical zoom is 2x and digital zoom is 10x.

In addition, the Z Fold 3 features a 10MP selfie camera up front, plus a 4MP under-display camera at the top right corner of the 7.6-inch display. The latter is best used for video calls as it’s not super sharp.

The Galaxy Z Flip 3 packs dual 12MP cameras: a wide-angle lens and a 12MP ultra-wide lens with a 123-degree field of view. Upfront is a 10MP selfie camera. Unfortunately, you don’t get a telephoto zoom with the Flip.

If you like to multitask, the Galaxy Z Fold 3 is the better choice for you. The Z Fold 3 lets you run up to three apps on the screen at once, and it’s also working with third-party developers to optimize their apps for the Fold 3’s large display. Microsoft Office, Snapchat, Netflix, Spotify, YouTube, and TikTok are just some of the apps getting better.

The Z Fold 3 is also the first foldable phone to work with the S Pen, so you can take notes on the screen, draw, and more. You can choose from the Galaxy Z Fold S Pen edition forget the beefier Bluetooth-enabled S Pen Pro. You can also get a case with the S Pen included.

The Galaxy Z Flip 3 has some special features of its own, starting with its 1.9-inch cover display. This touchscreen lets you interact with several widgets, including weather, notifications, and music playback. Plus, you can take photos and videos using the cover display with just a press of the power button, which comes in handy for selfies.

Another Galaxy Z Flip 3 perk is Flex mode. A number of apps take advantage of the foldable display so that they display content on top and controls on the bottom, such as the Camera app and YouTube. And more are on the way. We also like that you can use Flex mode to make hands-free video calls, enabling you to perch the Z Fold 3 almost anywhere like a mini tripod.

The Galaxy Z Fold 3 and Z Flip 3 are powered by the same Snapdragon 888 processor, so you should expect similar performance. However, the Z Fold 3 has more RAM with 12GB, while the Z Flip 3 has less with 8GB. So the Z Fold 3 might be a bit better running multiple apps at once.

There are really big differences here between the Galaxy Z Fold 3 and Z Flip 3, both in terms of battery life and charging. The Galaxy Z Fold 3 packs a 4,400 mAh dual battery, so it should be able to last you all day. The Galaxy Z Flip 3 has a considerably smaller 3,300 mAh battery which could last the most about 75% of the day.

The Galaxy Z Fold 3 has an advantage in fast charging as well, with the ability to support 25W charging. Meanwhile, the Z Flip 3 maxes out at just 15W. Just keep in mind that neither phone comes with a charger, so you’ll have to buy one if you don’t have a USB-C charger handy.

Overall, the Galaxy Z Fold 3 and Galaxy Z Flip 3 are for very different target audiences. The Z Fold 3 is for power users who like the idea of having a phone and tablet in one device and are willing to pay a premium for that versatility. And Samsung now rewards your sticker shock with S Pen support, a more durable design, and improved multitasking features and apps.

The Galaxy Z Flip 3 is all about style and having fun, and its starting price of RM 3,999, is very tempting for those who have been sitting out the foldable phone revolution. You have to make some trade-offs versus other flagship phones in terms of the cameras and battery size, but it could be worth it for you. 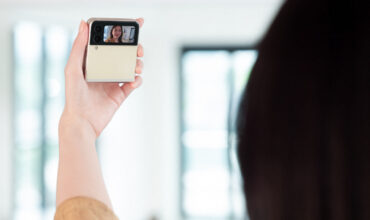 Dining In a Romantic Environment with Passione 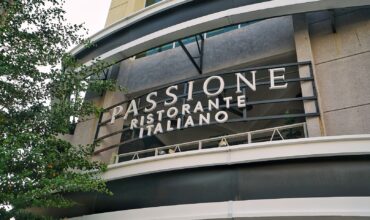