“Compared to our past achievements, I’m more focused on our potential growth. Xiaomi is still a very young yet ambitious company, full of motivation. I’d like to sincerely thank our Xiaomi Fans around the world as your unwavering support has helped make Xiaomi so lively and energetic. I think that this is not the limit for Xiaomi, and I am confident that people will see an even stronger, more powerful Xiaomi in the future, and we will achieve a much more outstanding record in the Fortune Global 500 list next year,” said Lei Jun, Founder, Chairman and CEO of Xiaomi.

According to Xiaomi’s earnings report, Xiaomi’s total revenue amounted to RMB245.9 billion in 2020, making Xiaomi the 338th place on Fortune Global 500 List of 2021. In 2021, Xiaomi remains in a strong momentum of rapid growth, showing explosive increase in terms of revenue and net profit, which has far exceeded the market expectations. In the first quarter of 2021, Xiaomi’s total revenue for the period amounted to RMB76.9 billion, representing an increase of 54.7% year-over-year while adjusted net profit for the period came in at RMB6.1 billion, an increase of 163.8% year-over-year.

This growth is attributable to Xiaomi’s ever-expanding foothold in the high-end smartphone market, its rapid growth in international markets, and the development of the company’s new retail business.

Xiaomi’s focus on core technologies has been the driving force in creating an enhanced user experience and it has strengthened its position in high-end market segments through its Mi 10 and Mi 11 series. In Q1 of 2021, the global shipments of Xiaomi smartphones priced at RMB 3,000 or above in mainland China, and at 300 Euros and above in international markets, exceeded 4 million.

Xiaomi’s global expansion also propelled its overall growth. On July 16, Xiaomi announced that according to Canalys, the company took second place globally with a 17 percent share of smartphone shipments, surpassing Apple. In international markets, Xiaomi exceeded 300 percent year-on-year growth in the Latin America market, over 150 percent growth in Africa, and greater than 50 percent growth in Western Europe. Xiaomi smartphones have entered over 100 markets worldwide, ranking number one in smartphone market share across at least 12 markets and ranking second in Europe in terms of market share. It has ranked number one in India for 15 consecutive quarters.

Regarding new retail, Xiaomi’s physical stores have experienced fast expansion since 2020. The total number of Xiaomi Stores in mainland China surpassed 5,500 at the end of April, 2021, while there are more than 1,000 Xiaomi Stores in international markets. The physical retail network of Xiaomi is expanding rapidly across the globe.

Xiaomi has continued to invest in R&D and talent, creating a series of new reward structures for its R&D team and initiating the second phase of the Xiaomi Smart Factory project. “Over the next decade, Xiaomi will be a new driving force in the manufacturing industry.” said Lei Jun at the company’s 10th anniversary. Smart manufacturing is emerging to be one of the core competitive advantages of Xiaomi. 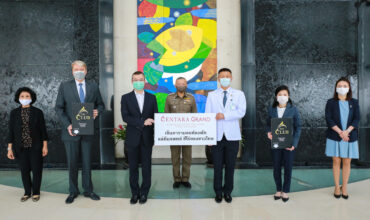 The Last Dance: Celebrating This Chinese New Year As One with Tradition & Innovation 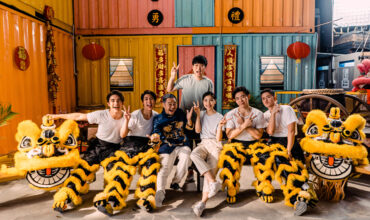 Dorsett Subang if Back with the Highly Demanded Mid-Autumn Mooncakes

The Mainstream Moment for Foldable Smartphones Is Here

There is no privacy without stronger security. That’s why we’re joining forces with the security community to keep you safe

How Samsung Is Paving Its Way to the Future of Foldables