A beautifully decorated space with fairy lights, a dreamy bouquet and romantic candle light dinner; most proposals take place in a dim, romantic setting and everyone wants a great photo of their proposal to commemorate this once in a lifetime moment. The Galaxy S22 Ultra is here to ensure you too are able to capture these meaningful moments with its advanced camera technology.

Using the Nightography feature to create an ambient romantic mood, Taufiq shares that it was incredibly easy to capture things in low light. In fact, it was clearer and easier to bring out the emotions with low light and maintaining the quality and details with the automatic framerate & shutter speed adjustment while filming #withGalaxy S22 Ultra.

“I was blown away with the battery life, we were shooting with the Galaxy S22 Ultra all day , and the battery or charging it were never an issue for us, unlike conventional film cameras where we need to do a regular battery change. Definitely makes the whole process faster and more convenient.” he applauded.

He also mentioned that with the S Pen, the editing process was more fluid and it was less to almost no-hassle for him to select and edit his footages. With the S Pen on the Galaxy S22 Ultra, I am able to get most of my work done without the need to carry my drawing book around, which helps lighten my bag so much!, he adds.

How the Galaxy S22 Ultra helps in showcasing new perspective in filmmaking?

Taufiq mentions that with it, “filmmaking is just as easy as whipping your phone out, it makes it easy to make films or to find inspirations on the fly,” – a great device for young creatives to create on-the-go regardless of any condition as the Galaxy S22 Ultra is known for its durability with the Armor Aluminum and Gorilla Glass Victus+.

Taufiq truly believes that filmmaking should be accessible and that the art of gaining or sharing information being just a click away. The Galaxy S22 Ultra is the young generation’s answer to content creation and filmmaking. He would also like to encourage those who aspire to be a filmmaker to stop overthinking and just do it – “all you need is an idea and a Samsung Galaxy S22 Ultra and you’re set to make your first film!”

Content creation is limitless and is open for anyone to express his or her creativity, regardless of the idea. You too can start by capturing memories with your loved ones or even a best friend’s proposal!

If you’ve always dreamed of making movies but never known where to start, don’t fret. This is your chance to pursue your dream of being a filmmaker with the Galaxy S22 Ultra! All you have to do is share a short script in-line with the theme, Borderless with Nightography in the Born of the Galaxy Stars short film competition, endorsed by the Malaysia International Film Festival (MIFFest) by 24 April 2022 and select one of the concepts to include in the short script: Fashion, Fitness, Romance and Music. Samsung Malaysia and MIFFest will then select 22 shortlisted participants who will be presented with the Galaxy S22 Ultra to shoot and produce their short film. These final productions will then be in the running to win an award in July 2022 at the Malaysia International Film Festival (MIFFest) opening ceremony. 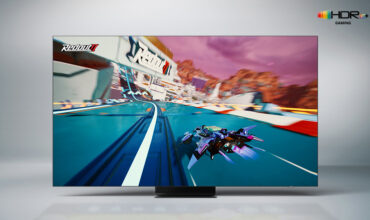