The flagship Samsung Galaxy Tab S7 and S7+ tablets received praise from users and media last year. We loved the Tab S7+ too, and that’s why we were thrilled about its Fan Edition. The Galaxy Tab S7 FE a full mid-range tablet is supposed to cherry-pick some of the best Tab S7 features and offer them at an attractive price.

The rise of the home office days made for boosted tablet sales, and both Apple and Samsung can brag with impressive growths. People are buying tablets for various reasons – be it work, drawing, multimedia, or games. And in times like these, the flagship Galaxy Tab S7 and Tab S7+ had everything we could ask from a tablet. While Galaxy Tab S7 FE expands Samsung’s tablet portfolio to a new lower price point with an offering that really doesn’t feel cheap.

Samsung quite clearly intends people to use the tablet in the landscape orientation. With that in mind, the placement of the controls, ports, and other functional elements makes sense. The power button and volume toggle are positioned next to one another and have excellent profiles, travel, and feedback.

This tablet isn’t for the faint of heart. It adopts the larger form factor of the Tab S7 Plus, which means a 12.4-inch screen; rather than the smaller 11-inch screen of the standard Tab S7 packed in an impressive 2,550 x 1,600 pixels, and is protected by Gorilla Glass 3. It’s incredibly sharp, offering more than enough resolution for reading small text or making edits to photos.

It’s a platter-like aluminum slab that’s more rectangular than square thanks to the 16:10 aspect ratio of the screen is a better choice than 16:9; giving the tablet a little bit more vertical space when used in landscape orientation. It measures 284.8 x 185 x 6.3mm and weighs in at 608g — making it incredibly thin and light. Like the competing Apple iPad Air, it has flat glass on the front and flat metal side edges that form sharp angles. The quality of the materials and assembly is, as expected, top-notch.

However, Samsung took two significant, cost-cutting steps involving the screen of the Tab S7 FE. Samsung swapped out the Tab S7 Plus’s AMOLED panel for an LCD screen on the Tab S7 FE, which impacts contrast and brightness to a degree. It’s still a punchy screen, but it’s not as dynamic as a Samsung AMOLED would be. The Tab S7 FE also loses the Tab S7 series’ 120Hz refresh rate. It is instead locked at the standard 60Hz rate. Nevertheless, we did not notice any major lags when we were scrolling through your social feeds, such as Twitter, or when scanning up and down websites.

Overall the display’s not bad: You’ll enjoy doing everything from watching movies to playing games on it, mainly because of the 12.4 inches of screen estate. The screen’s quite sharp thanks to the QHD resolution, the colors are pretty punchy for an LCD panel, and it gets sufficiently bright.

Samsung downgraded the cameras between the Tab S7 series and the Tab S7 FE, which isn’t all that surprising. You’ll get usable results from the rear 8MP camera in good lighting and some noisy shots in poor lighting. The user-facing 5MP shooter is arguably more important because it pulls double duty for video calls as well. Video quality surpassed what’s available from our aging MacBook, but it is still limited in terms of dynamic range and color. The cameras get the job done in a pinch but don’t expect them to replace your smartphone. Tablets are never meant to offer amazing cameras, and the Tab S7 FE does nothing to change that trend.

The Galaxy Tab S7 FE gets two speakers instead of four, but these are excellent speakers that won’t disappoint you. They get really loud and easily fill a medium-sized room. We even forgot that we weren’t watching a TV show on my PC speakers at one time, that’s how loud these can get. There’s enough punch in the low frequencies (bass), though the higher frequencies can sometimes distort depending on the audio source. Dolby Atmos is supported, as with every other phone or tablet Samsung launches in the last few years, and it enhances stereo separation and also somewhat increases the overall volume.

Its AKG-tuned, Dolby Atmos stereo speakers flank your ears and provide excellent sound. The speakers enhance stereo separation and also somewhat increases the overall volume according to our environment sound. It generates clean audio with a solid range that doesn’t distort at high volumes. It’s easy to fill a room with music should you wish and the Galaxy Tab S7 FE makes for an enjoyable piece of hardware for watching the video. Bluetooth codec support is also solid, which is good because there’s no headphone jack — it’s wired USB-C or wireless headphones only.

The tablet draws its power from the Qualcomm Snapdragon 750G processor keeps your streaming and gaming smooth and fast. It packs in up to 6GB of RAM and 128GB of onboard storage, which is further expandable up to 1TB using a microSD card. The Tab S7 FE runs on Android 11 based OneUI out of the box. With this, the tablet also brings support for built-in Samsung Dex, which can come in really handy when you connect a keyboard with this.

This is a tablet that boasts of features like Samsung’s DeX mode and the ability to multitask with three apps running on-screen at the same time. This tablet does great when you’re just navigating the user interface, running single apps on the tablet, or using the S Pen to draw or write something.

The Samsung Galaxy Tab S7 FE can handle other challenging games better. Asphalt looks fantastic at “high” graphics, although there are some frame-rate inconsistencies when the action is at its busiest.

The Tab S7 FE has a standard S Pen, meaning there’s no Bluetooth connectivity for remotely controlling apps and functions nor any air gestures. And, because the screen works at a standard 60Hz, the S Pen doesn’t benefit from low latency and, therefore, doesn’t provide the pen-to-paper feel that you get on the Tab S7 and Tab S7+.

Of course, that doesn’t mean the S Pen isn’t useful. You’re still getting the best stylus package in the industry when you consider all the software features at your disposal, including Samsung’s excellent Samsung Notes app. You also get third-party apps like Clip Studio, Canva, and Noteshelf pre-installed for an enhanced drawing and writing experience.

Naturally, the S Pen is also great for just generally navigating through the user interface. In fact, given how big the screen is, most users will find using the S Pen at all times more comfortable, especially if they have the tablet docked in the keyboard cover.

I was expecting the 10,090 mAh battery inside the Galaxy Tab S7 FE to be a solid performer, and it was, but only with light use or when you’re only binge-watching your favorite TV show all day long. It did get through a day with heavy use that involved a few hours of gaming, watching videos on YouTube, and browsing the internet (including writing a couple of articles), but I had to charge it by the end of the day.

A little surprising, that, but as I said before, it does fine with light use or if you’re only watching videos on it all day long. Left idle, it can last for days on end, while watching a 3-hour movie on Netflix with medium display brightness drained around 18% battery. That somewhat exceeds what Samsung claims, which is up to 13 hours of video on a single charge.

Unfortunately, charging is an excruciatingly slow affair if you use the bundled 15W charger, which takes upwards of three hours to reach a full charge. A 25W charger takes a little under two hours while Samsung’s 45W charger takes around 1.5 hours, and investing in either of those would be a good idea.

The software experience on the Galaxy Tab S7 FE is perhaps the only thing that’s carried over completely unchanged from the flagship Tab S7 and Tab S7+. From Multi-Active Window (running three apps side by side) to on-tablet DeX mode

Samsung’s Tab S7 FE competes most directly with the Apple iPad Air line of tablets. Similar to the way Apple has its lineup structured, Samsung now has affordable, mid-range, and high-end tablets for different sets of buyers. The Tab S7 FE is for those who want more productivity capabilities rather than a simple slate for slacking off.

The Samsung Galaxy Tab S7 FE is a good tablet, just not good enough to be given the Fan Edition label. You’re getting a massive screen with impressive sound quality, the best tablet software package on Android, excellent battery life, and the S Pen experience. If any of that sounds interesting to you, go ahead and buy the Galaxy Tab S7 FE.

Galaxy Tab S7 FE is priced at RM 1899 for 4GB + 64GB variant and RM 2199 for 6GB +128GB variant. It is available in four stunning colors – Black, Silver, and Light Pink. For more information check out at Samsung website at https://www.samsung.com/my/tablets/galaxy-tab-s/galaxy-tab-s7-fe-black-64gb-sm-t733nzkaxme/ 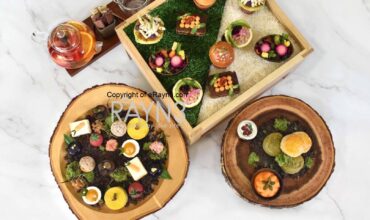 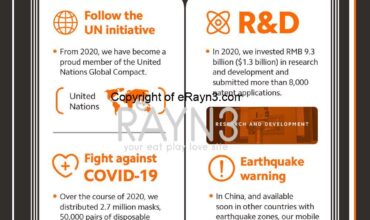