In this article, we would like to share with you the new things that we had discovered through their launch.

Samsung had launched its new Galaxy S22 Ultra, S22+, and S22 targetting to different segment needs. The S22 Ultra is equipped with a 6.8″ display screen while the S22+ had the 6.6″ displace screen and 6.1″ screen for the S22. All 3 of these phones come with Dynamic AMOLED 2x Corning Gorilla Victus Glass and Amour Aluminum; Samsung’s stronger aluminum of all. It’s also equipped with IP68 dust and water resistance too. They had also increased their S22 display screen brightness to 1750 nits making its screen visible especially under sunlight.

About this phone series camera, Samsung had remained the same; 108MP, 52MP, and 48MP respectively with one minor change one the S22 Ultra where they had changed the 108MP sensor from the Ultra Wide camera to the Wide camera. These changes were made especially for the Nightography features upgrade that has been added into this phone series with many additional functions that help us in our photography and videography.

Samsung had also added more software features in this new series such as Adaptive Pixel, AI Matting, Pet Portraits, AI image Enhancer, Auto Framing, Multi-Device Voice Recording on its Pro Mode and Pro Video, and many more. It’s also the first series that is equipped with WiFi 6E to provide the best multi-device experience for its users to enable users to Capture, Edit, and Share their content better.

Together with the Galaxy S22 series launched, Samsung has also launched some phone cases to go with it. One of the phone cases that caught our eyes was its Silicone Cover with Strap where we could choose the straps designs based on your preferred design.

With the collaborations with LAMY, Samsung had also launched a multi-use SPen; the Galaxy X LAMY Safari Twin Pen where you could have a pen and a real writing pen together in the same pen.

Samsung has also launched their new Galaxy Tab S tablets series; Galaxy S8 Ultra, S8+, and S8 to the market It’s claimed by Samsung as the Notebook for Next Generation to replace our laptop (especially the Galaxy Tab S8 Ultra). These Galaxy S22 series are equipped with 14.6″ (largest display with a super vivid camera ever), 12.4″, and 11″ display screens respectively.

Samsung had announced that the Galaxy Tab S8 series also is equipped with a Super AMOLED display with the thinnest armor aluminum body that has 30% more scratch resistance and 33% more bending resistance. Samsung had also increased 24% more on its CPU and 52% more for its GPU which allows us to do more multi-tasking activities at the same time without any lagging.

Some of the new features that have been added to these Galaxy Tab S8 series were; its Quad Speakers, Enhanced Video Calls on Auto Framing, 3 Mic Noise Reduction – reduce 30% on noise, Voice Focus, UW Camera & Background Effect for your video calls and also 4k video recording on both side camera to produce quality videos for users video streaming, sign language videos and online learning more crispy and clear. They also had improved its SPen’s sensitivity up by 28% compared to its predecessor. The tablet had the ability to convert handwriting to text just in one click.

The Galaxy Tab S8 series also offers more customization with color plates, widgets, Samsung keyboard, and smart widgets on its OneUI. With OneUI 4, users could be customized even more on the tablet privacy such as permission usage, improved UX for camera and location, User-friendly UX to notified users if there were anyone accessing its camera or mic through a pop-up icon.

To make Samsung Tab, even more, better, Samsung had collaborated with third-party such as Clip Studio Paint, Luma Fusion, Google Duo, Cross-Device Experience, and complimentary Apps Subscription such as Adobe, Spotify, and One Drive.

Samsung had kept on improving its Samsung Ecosystems to cater to our daily activities and also privacy. With this, we would be reassured that Samsung User’s privacy is protected, customized your data privacy and also choosing who the data could be accessed.

Both of these series of devices are currently available for pre-order at Samsung’s website: https://www.samsung.com/my/ 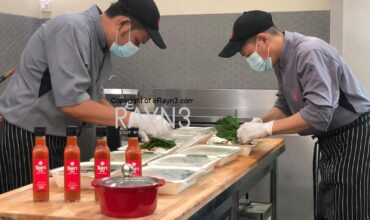 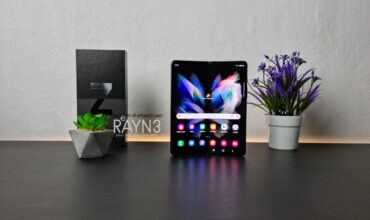