Year 2020 is a no traveling year for all of us. We had been confined to stay at one place all the time. As a traveler, you would definitely be craving certain foods that you have eaten before while traveling. One of the most sought after foods travelers were craving would be the Hong Kong Style’s Roasted Duck from Four Seasons, London.

This Chinese New Year, Intercontinental Hotel Kuala Lumpur will be offering the same London’s Four Seasons’s Hong Kong Style Roasted Duck to its guest in its Chinese New Year sets. The duck was being imported from the Irish; the place where ducks (same duck as Peking Duck) were bring raised with strict rules to ensure the ducks are in the best conditions. We had tried it out and we could guarantee it taste almost the same taste as Four Seasons’s Duck in London.

Of course as a part of the Lunar Year tradition, a prosperity toss, or fondly called “Lo Hei’’ is a must-have a delicacy that represents good health, prosperity and success. This year’s signature yee sang or “Lo Hei’’ embarks on a healthy route with Sea Grapes (also known as Green Caviar) with Chia Seed is available at RM98 (Half Set) and RM188 (Full Set). A popping sensation with every bite, sea grapes are not only a joy to savor but full of vitamins A and C, calcium, zinc and iron. They also contain a high level of vegetable protein per calorie and a good amount of omega3 fatty acids too. *All take away items require a minimum two (2) days for processing of order.

The luxurious oriental feast set menu ends with Opulent Prosperity set at RM298.80 per person with a selection of premium ingredients. Including their main highlights; Roasted Hong Kong-Style London Duck and Roast Chicken.

For reservation or more information, call Food & Beverage at 03-2782 6000 or email the team at [email protected] Tao Chinese Cuisine is a pork-free restaurant and is open daily

Experience Ultimate Versatility with the Awesome Galaxy A22 5G 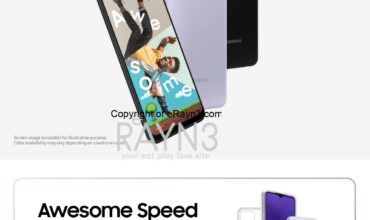 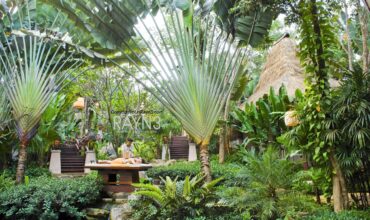