With CNY cheer still up in the air, five lucky winners from across the nation walked away with ‘ONGsome’ RM18,888 cash Ang Pow each. More prizes are still up for grabs until 28th February.

Chinese New Year (CNY) celebration this year could never get any better for five lucky fans who went about their days as usual until they found out that they have won RM18,888 worth of cash Ang Pow from Tiger as part of its CNY campaign.

Tiger’s ‘Bring on the ONG’ campaign promises an exciting and rewarding nationwide promotion for its loyal consumers with more than RM1,000,000 worth of prizes up for grabs, including RM18,888 ‘ONGsome’ cash Ang Pows, among others.

Winning is simple as all consumers have to do is purchase any big bottles of Tiger Beer, Tiger Crystal, Heineken® or Guinness from selected coffee shops, food courts or Chinese restaurants, and check underneath the bottle caps for the winning symbols.

Allan Lee was heading back home after work with his packed dinner and a couple of cold beers. He couldn’t be any happier when he noticed the winning bottle cap because he was in need of financial assistance for his mother’s medical expenses. “‘ONG’ came knocking on my door so unexpectedly just when I desperately needed it,” said the 33-year-old salesman from Johor, who also added that he gets to celebrate CNY this year without any worry with his beloved parents and wife.

Another lucky winner from Johor, 27-year-old Au Yoong Lee Sun mentioned that she has never won anything big in her life and this is a significant symbol of good luck for her in the Year of the Ox. “When the time comes where we can all travel again, I would love to take my parents and siblings on a lavish vacation, that is one dream I hope to fulfil someday,” she said.

The “ONG” also spread to Sun Poh Leng in Pahang. “Times are bad for everybody as the MCO regulations affected the livelihood of many people. This is the time for me to get back on track with my business and face the financial difficulties I face,” said the 47-year-old businessman. Sun is also looking forward to give a helping hand to his family members who are struggling too. “Best way for me to start the New Year is to help other people when they need the most,” he continued.

Alex Teh of Kuala Lumpur said that he was longing to venture into his own business and his wish was fulfilled with the ‘ONGsome’ Ang Pow that he received. The 28-year-old storekeeper still can’t believe his luck at such an unanticipated moment of his life. “It is definitely a great start for CNY and the times ahead for me and I couldn’t be even more grateful,” he said.

For a retiree like Kuah Cheng Hock, 64 years old from Perak, CNY celebration this year is filled with so much luck and joy and he is excited to see what the year ahead has in store for him and his family.

“We are very pleased that our ‘Bring on the ONG’ CNY campaign is seeing strong interest and participation from our consumers nationwide. The various promotions and attractive giveaways lined up aim to let our consumers have an ‘ONGsome’ year ahead. It is also our way to thank them for their strong support towards our award-winning brews,” said Roland Bala, Managing Director of Heineken Malaysia Berhad.

These ‘ONGsome’ cash prizes are still up for grabs until 28th February to bring on more ‘ONG’ to consumers. All they have to do is purchase any big bottles of Tiger Beer, Tiger Crystal, Heineken® or Guinness from selected coffee shops, food courts or Chinese restaurants, and check underneath the bottle caps. Besides RM18,888 cash Ang Pows, there are also more Ang Pows worth RM388 and RM88 available alongside the exclusive ONG Lai Bowl set as well as Heineken® Cooler Box! It is time to keep the celebrations going to Bring on more ‘ONG’!

Tiger Beer strives to deliver ‘ONGsome’ festive cheers to its fans, it is important that we do this in a responsible way in compliance with MCO SOPs. All promotions will therefore be subject to change in line with the relevant regulations. For more information, visit Tiger Beer’s Facebook page at https://www.facebook.com/TigerBeerMY or https://tigercny.my. For any enquiries regarding redemption during the MCO, you can also call 1800-18-5678. Promotions are only open to non-Muslims aged 21 and above. 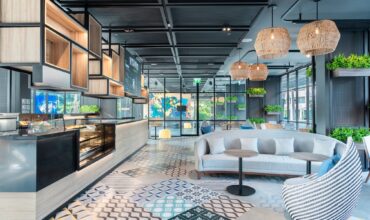 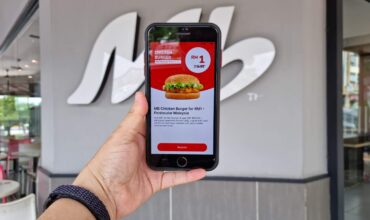