Samsung Electronics demonstrates one year of progress in providing increased access to eye care in Morocco, India and Papua New Guinea through the upcycling of Galaxy technology.

The theme of this year’s World Health Day – Our Planet, Our Health – demonstrates the understanding that human health is deeply interconnected with environmental health. Through the Galaxy Upcycling programme, Samsung Electronics has been on a mission to develop innovative, sustainable practices that not only preserve the planet’s resources but also bridge barriers to accessible and affordable health care.

In recognition of World Health Day, Samsung is looking back at the first year of the program’s implementation, which has upcycled hundreds of secondhand Galaxy devices and provided basic eye care for over 3,000 patients in Morocco, India and Papua New Guinea.

Globally, 1.1 billion people suffer from vision loss – 90% of which live in low- and middle-income countries and lack access to affordable and quality eye health care. To address this, Samsung has partnered with the International Agency for the Prevention of Blindness (IAPB) and Yonsei University Health System (YUHS) to transform old and unused Galaxy technology into medical diagnosis cameras called EYELIKE™ fundus cameras, which allow both medical and non-medical professionals to screen patients for conditions that may lead to blindness.

“We are proud of our team at Samsung who helped infuse upcycled technology to diagnose visual impairment in patients through the EYELIKE™ platform,” said Dr. Aloknath De, Executive Consulting Director, Open Innovation of Samsung R&D Institute in Bangalore.

Since the introduction of EYELIKE™ in Morocco, Samsung has partnered with Global Care and 21 other organisations – including public health centers and private clinics – to repurpose 60 units of older smartphones into the EYELIKE™ Fundus Camera.

Local optometrists have been using the camera to screen over 2,028 patients and provide post-diagnosis care, including prescribing glasses for 128 people, scheduling follow-up appointments with 205 people and connecting 50 people to eye hospitals for additional medical treatment.

Recognising that blindness is a prevailing problem in India, Samsung has upcycled nearly 200 units of secondhand smartphones and provided them to local hospitals. This innovative approach has proved to be a breakthrough for patients like Jamuna Prasad who has been repeatedly prescribed glasses for his declining eyesight for over a year. After his eyes were checked with the EYELIKE™ Fundus Camera at the Primary Eye Care Center at Sitapur Eye Hospital, he finally received a correct diagnosis of diabetic retinopathy. According to his optometrists, Jamuna’s eyesight has been improving ever since.

At the same time, many patients living in remote communities don’t always have the same access that Jamuna Prasad had to a vision center. Thanks to the portable nature of the cameras, optometrists can travel to remote villages through outreach programmes and screen people for potential eye diseases. As a result of the EYELIKE™ Fundus Camera, over 1,000 patients in India have received screenings through both local medical institutions and outreach programs.

In Papua New Guinea, health care facilities often struggle to find trained eye doctors and vital equipment necessary for treating retinal diseases. This situation is only being exacerbated by the prevalence of blindness across the country. For a population of over 9 million, there are only 14 trained ophthalmologists and three fundus cameras nationwide.

“Thanks to the partnership program and the EYELIKE™ fundus cameras, we now have enough cameras to expand care and screening services on a national scale,” said Dr. Jambi Garap, President of the National Prevention of Blindness Committee and the Lecturer in Ophthalmology at University of Papua New Guinea. “We’re currently training doctors in hopes that they can help diagnose patients nationally and improve people’s understanding of the illnesses they have.”

The EYELIKE™ programme is helping to fill the health equity gap by training doctors and other clinic staff, even in rural communities, to screen patients using the device. Despite the COVID-19 pandemic restrictions causing a delay in patient screenings, Dr. Garap looks forward to resuming these screenings this year. She hopes to dispatch additional trainers to rural communities to provide staff with further training, in addition to conducting research on rare eye disorders such as Eales disease with the EYELIKE™ devices. 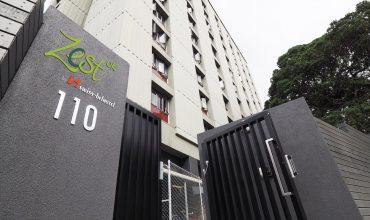 LL THE WORLD IS A STAGE W HOTELS AND CERCLE TO HOST LIVESTREAMED CONCERT BY MONOLINK AT A CASTAWAY ISLAND AT W MALDIVES: GAATHAFUSHI 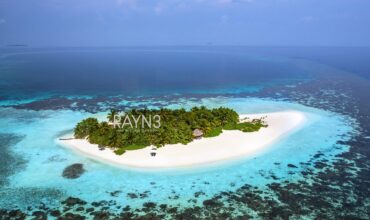