We were so looking forward to this launch. Thinking about what’s a new thing that they had added in this series. Based on the current research, there was an 80% increase in foldable device demands in the market. It was not surprising that many other mobile phone brands were trying to jump into this market by launching their own foldable too. But we truly believe that Samsung would be the best foldable device manufacturer as they had more than 20 years of experience in producing foldable devices (as we remembered it).

In just a brief recap on the event, we have listed down some of the new technology or features that had been added into this 4th generation based on what we have got from the launch.

Besides the conventional colours that they had been offering, Galaxy Z Flip 4 will also be offering a new Bespoke Edition‘s colours with could come up to 75 combinations of colours. Since this is a customised colour phone based on your preferred colour or style, these Bespoke colours have to be pre-order and will take about 4-6 weeks to be delivered to you.

The Galaxy Z Fold 4, had improvised many aesthetic designs as well as its interior designs to make it more durable too. It has a wider cover screen (2.7mm wider) and a 7.6″ Inner Screen (3mm wider). Its screen can also now allow us to watch our favourite movies hands-free through FlexCam.

When talking about productivity, the Galaxy Z Fold series had been positioned as a Mobile Productivity tool. Samsung had been focusing on making the Z Fold series more productive and efficient for the users while using it. Besides improvising on its UI, they had added new Taskbar features to the phone. This is to reduce the step/gesture taken when swapping from one app to the other. The Galaxy Z fold series also added a new feature where it is smart enough to extract the text from a screenshot. Making our work easier to copy and paste some documents.

The foldable series this time had incorporated many things from its flagship S series phones such as a bigger camera sensor and MP, camera systems and many more. They had also increased its battery capacity from previously 3300 MaH to 3700 MaH and oh yes…. this is the first time where they are offering a bigger storage space; 812GB  storage for mobile phones.

Along with its pledge for more durable foldable, Samsung Malaysia is offering a 2-year warranty (instead of 1 year) and a 3x Protective Film Replacement for FREE! As the trade-in trend is increasing, Samsung also accepts Trades In which includes Stock & Save (trading in multiple devices) which could get buyers up to *55% savings or a minimum of *RM 800 guaranteed trade-in value (depending on the phone type and conditions) at any of Samsung’s flagship store.

For more information on these new devices that had just been launched, check out Samsung Malaysia official website at https://www.samsung.com.my

Delight your loved ones with a customised Christmas Gift Box this festive season, made with love by individuals with special needs 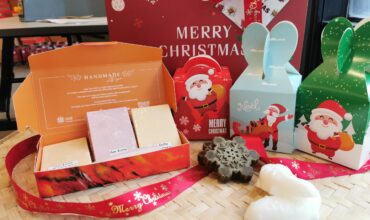 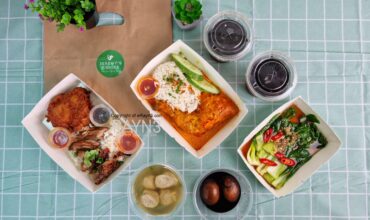 Trip to Hong Kong Must Visit: Shanghai 618 – A brand-new revitalised mall in the heart of Mong Kok