Back in Mid August this year, Samsung has unveiled a new ultra-affordable Galaxy A03 smartphone, in a bid to recapture the cheap phone market; the successor to the last year’s Galaxy A02s and brings some advanced feature upgrades including a side-mounted fingerprint sensor and an upgraded Octa-Core processor for a smoother experience. After a week of trying it out. Here are some of our reviews on this Galaxy A03s LTE phone.

Samsung A03s has a plastic body, on the back of which we see an attractive matte textured surface. The device lies comfortably in the palm of the hand, does not slip, and no fingerprints remain.

On the back, the camera unit, which consists of 3 modules and an LED flash, attracts the eye. There are no visually non-standard solutions. If you know Samsung’s budget series A, then the front panel of Samsung A03s will seem familiar. We see three thin frames around the perimeter of the device and a wider bottom frame. The slot is V-shaped and the front camera is positioned in it.

The device weighs almost 200 grams, which is expected at a thickness of 9.1 mm. Samsung A03s is available in three colors – blue, black, and white.

The smartphone is equipped with a 6.5″ HD+ Display resolution, 1600 x 720 pixels. Despite the display lower resolution, the image is still clear and detailed. The Eye Comfort option, formerly known as the blue light filter, is also available.

For convenience, there is an option to change the size and style of the font, zoom the screen, turn on the Edge panel and more. With Samsung A03s you will be able to enjoy a variety of content – videos, photos, texts, games and more. The large and colorful screen delights the eyes with expressiveness and sufficient brightness.

Samsung A03s will delight you with a triple rear camera and a single front. The rear camera consists of a 13 MP with an f/2.2 aperture main module and two 2 MP with an f/2.4 aperture, one for macro shots and the other for a depth sensor. Photos can be 10x zoom. An LED flash is also available. Nevertheless, we would suggest you to zoom not more than 2x if you would like to preserve the photo quality.

It is noteworthy that the macro camera creates a natural bokeh effect on the photos, allowing the objects on them to stand out in the background

The front camera in turn is 5-megapixel with an f/2.2 aperture, offers a familiar set of shooting modes. The Galaxy A03s LTE also offers video recording with a resolution of 1080 pixels at 30 frames per second.

Samsung A03s runs on an 8-core MediaTek Helio P35 Octa-core processor combined with 4 GB of RAM with 64GB internal storage. The Galaxy A03s LTE can also be expanded using a memory card. Equipped with the PowerVR GE8320 it’s responsible to create better graphics on the phone itself.

The factory operating system is Android 11 and the interface is One UI 3.1 Core. The device supports 3G, 4G LTE, Wi-Fi, built-in Bluetooth 5.0. An additional plus for the user is the fingerprint scanner built into the start button on the Samsung A03s and the facial recognition function.

This budget model from Samsung has a non-removable Li-Po battery with a capacity of 5000 mAh and a USB Type-C port. It does not support fast charging technology, but this feature will not be something that we will expect for a budget phone to have anyway. With moderate use, you can count on up to two days before you need to recharge which put your worries at ease when you are having a long day out outing outside.

What’s In The Box?

The Galaxy A03s LTE is equipped with a Quick Start Guide, Warranty Card, Regional Lock Guide, an Ejection Pin, a Charging Cable, and a 15W Super Fast Charging Adapter in the box.

The Samsung A03s is a basic smartphone with modern features. No supernatural possibilities can be expected from him.

The device is suitable for users who are not demanding. The large and clear screen offers enjoyable video watching, photos, and gaming. The processor maintains a good level of performance for lighter games. The large battery provides satisfactory battery life.

With the help of a conveniently located fingerprint scanner, you will keep your data away from prying eyes. It works instantly and you will not waste unnecessary time to proceed to the desired tasks. The Samsung A03s is suitable for users who generate a lot of videos and photos. An additional 1 TB memory card slot is an undeniable advantage.

The Galaxy A03s LTE is currently priced at RM559 and is available in Black, Blue, and White colors. For more information, check out Samsung’s official website at https://www.samsung.com/my/smartphones/galaxy-a/ 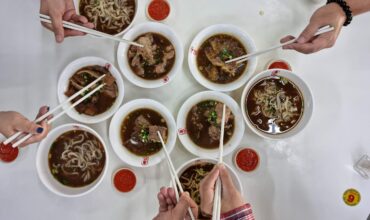 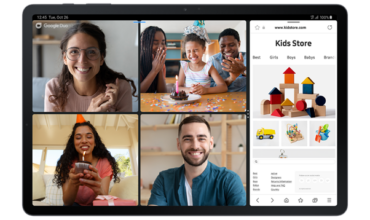