As you know, Chinese loves foods and with just a few ingredients, they can turn into dozens of delicious dishes on the table. With the current increasing loves of Malaysian for Si Chuan cuisines anything from Mala Steamboat to Mala Hotpot that is trending now, there are more hotpot restaurants has opened its door to serve its very own type of Si Chuan cuisines in town.

Recently we at eRayn3.com have discovered there are many Si Chuan restaurants opening in Sri Petaling. We went to explore the area and found one of the restaurant interest us called Red Chilli Hotpot King.

The Red Chilli Hotpot King attracted us with its special hotpot meals that we have never tried before. Hence we have decided to try it out. There were a few special meals that has attracted us are it’s Hot Spicy Bowl of Meals. It was apparently a bowl of dishes consist of lotus root, tougeh and slice potatoes paired with a choice of meat; prawn, chicken, pork ribs, fish and frog and a type of based; drp hotpot and soup.

They also offers an option to have 2 mixed meat on the bowl too. What makes the hotpot so authentic was its chili. The chili in the hotpot was specially imported from Si Chuan Province. With the mixed of the local ingredients available here, it offers a fresh authentic taste of Si Chuan Hotpot to any of its diners.

For more information on Red Chilli Hotpot King, check out their Facebook at https://www.facebook.com/Redchillihotpotking/

‘Double the Huat’ this Chinese New Year with Tiger Beer 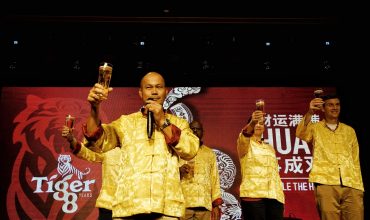 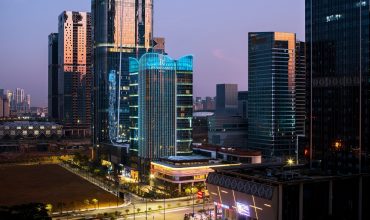