The Samsung Galaxy Tab A series has built an impressive reputation for delivering good tablets at reasonable prices. While it has never packed the most potent processors and it doesn’t have all the features of the flagship Galaxy Tab S range, Samsung’s affordable tablets have always nailed the value factor.

Now, Samsung has decided it’s time to refresh its affordable Android tablet with a slick new design, but is its beauty more than skin deep? Find out in our Samsung Galaxy Tab A8 review.

The tablet’s body is metal, with a thin plastic strip that houses the power button and volume rocker. Color options now include Gray, Silver, and Pink Gold. Once you adjust to having the Galaxy Tab A8 in landscape orientation, its media-streaming capabilities start to shine — more on that in the next section. If there was any doubt that Samsung wants you to use the tablet in landscape, the central placement of the selfie camera in the longer bezel is a clear pointer in that direction.

Samsung continues to skip on a fingerprint reader for its cheaper tablets. It’s not a surprise given that there wasn’t one on its predecessor, but this means you’ll have to rely on software-based security options. The facial recognition is easy to use hands-free but isn’t all that secure.

The Galaxy Tab A8 comes with 3GB of RAM and 32GB of storage in the base configuration, with the latter expandable via a microSD slot for up to 1TB of additional space.

Samsung’s new display measures 10.5 inches across compared to the 10.4-inch panel on the Galaxy Tab A7. It offers slightly rounded corners and a 16:10 aspect ratio ready for media streaming.

A 10.5-inch LCD screen carries a 1,920 x 1,200 resolution, which is sharp enough for most uses. It’s only a 60Hz screen, but unlike phones, you don’t really see faster refresh rates on tablets unless you start paying a lot more. The large panel is presented in a 16:10 aspect ratio, which is a natural fit for streaming services. Its shot shows and movies will look great. We liked the even bezels on all four sides, too. They’re thick enough to hold onto but not so much as to be noticeable.

“Meanwhile, the Samsung Kids shines on the bigger display, giving your kids the freedom to enjoy safe games and videos while you keep an eye on their screen time. The Samsung Notes app is also particularly good, as you can split your screen and take notes while following along with a recipe, for example.”

One of Samsung’s last noticeable changes is that the rear camera now boasts a circular housing instead of a square one. That said, it appears to be an aesthetic change, as it still offers just 8MP. The front camera stayed at 5MP as well. The Tab A8 will also support facial recognition, a neat feature we appreciated in its predecessor because it’s a premium security feature that even Apple’s iPad doesn’t offer.

Samsung’s decision to go with the Unisoc T618 processor — which isn’t among the best-known chipset makers — caused our concern at the start of our testing. We had concerns about how well it would keep up compared to a Qualcomm alternative, especially the Galaxy Tab A7’s Snapdragon 662.

However, all those concerns quickly proved to be unfounded. The T618 purred through everything we needed it to do and we loved it. We had no issues streaming video, bouncing between apps, or opening multiple apps simultaneously. You should also be able to give gaming a go too.

The Galaxy Tab A8 offers an impressive audio setup. It packs four speakers — two on each side — and Dolby Atmos tuning. Inside is a four-speaker array that supports Dolby Atmos, which should make for decent sound quality.

They’re capable of remarkable volume, and we didn’t notice any distortion at higher volumes. The tablet features a headphone jack, too, but it’s located perilously close to the corner.

“The Galaxy Tab A8 shines as a media streaming tablet thanks to its booming speakers and an eye-catching 16:10 display.”

Even though the tablet’s wide footprint takes some getting used to, it becomes a fast favorite once you open Netflix or YouTube for the first time, with the 16:10 display leaving you with minimal black space on any one side. The Dolby Atmos speakers also punch well above their price tag.

Samsung carried the large 7,040mAh battery and the 15W wired charging over from the previous model. The identical battery size is an impressive feat given that the Galaxy Tab A8 is ever so slightly smaller and just a hair thinner than the Tab A7.

We spent most of our testing with somewhat mixed usage between web browsing, social media, and streaming services. Of course, binge-watching Netflix will burn through the charge faster than scrolling through Google News, but we had no issues going for two days between charges with reasonable use.

Staying true to its Galaxy Tab A series name, the Galaxy Tab A8 remains an affordable option for most people with the price tag of RM 999 (WiFi) for its 32GB model, available in 2 colours; Pink Gold and Dark Grey.

For more information on Samsung Galaxy Tab A8 deals, check out their website at https://www.samsung.com/my/tablets/galaxy-tab-a/galaxy-tab-a8-wifi-pink-gold-32gb-sm-x200nidaxme/ 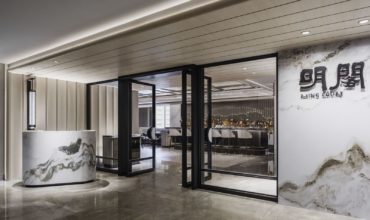